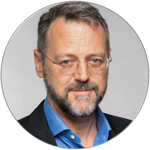 With 29 years in Asia, Wayne was previously head of policy and regulatory affairs at the Asia Securities Industry & Financial Markets Association in Hong Kong. From 1999 to 2008, he was Southeast Asia business and finance correspondent for The New York Times and the International Herald Tribune. In 2008, Wayne helped launch a newspaper in Abu Dhabi, The National, where he chronicled Dubai’s financial meltdown as economics columnist. He returned to Hong Kong in 2011 to join Thomson Reuters’ commentary service Breakingviews as Asia strategist.

He was then Reuters’ editor for Asian economics and markets before joining the Wall Street Journal as Asia Economics Correspondent and then Barron’s Asia as a columnist. He has written columns for the Asian Wall Street Journal and Bloomberg on everything from financial markets to aviation and technology. Since arriving in Asia in 1990, he has covered Japan’s financial collapse, the global economic crisis and China’s slowdown.